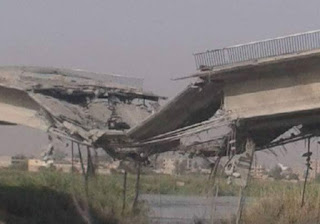 Mr. President,
The open-ended litany of terrorist attacks in cities and villages continues to remind us of the threat of terrorist attacks to civilian infrastructure and thus to civilians populations. This wave of terror, which considers innocent civilians as legitimate targets of violence either directly or indirectly through the destruction of the civil infrastructure on which they depend, must be counteracted by the actions of a unified International Community.
Recent conflicts in the area of ancient Mesopotamia have had a devastating impact on ancient ethnic, religious and cultural minorities that for millennia have inhabited the region. Parties to these conflicts have purposefully sought to destroy the cultural fabric and the historical rootedness of these communities in the region by destroying their religious and cultural heritage sites. The intentional destruction of the infrastructure critical to the survival of these communities — such as schools, hospitals, water supplies and places of worship — has become a strategy to annihilate them collectively, immiserating and eradicating them by attacking the structures that give them a modicum of communal existence.
It is the obligation of the international community, in accord with the U.N. Charter, to protect civilians and their critical infrastructure from the brutality and barbarity of terrorist groups. Part of this obligation is to heighten public awareness of this terrorist tactic and to urge States to maintain a high level of critical infrastructure protection and resilience, as well as public preparedness in case of an attack, to prevent as much as possible the disruption of critical services and the loss of human life.
More effective and lasting measures to protect critical infrastructure against terrorist attacks must therefore be based on policies that reject the unfettered pursuit of profit and narrow geopolitical interests, even at the cost of the destruction of critical civil infrastructure. In this regard, my delegation wishes to reiterate the Holy See’s appeal to weapon-producing nations severely to limit and control the manufacture and sale of weapons, ammunitions and technologies to unstable countries and regions of the world where the likelihood of their illegal use or their falling into the hands of non-State actors remains a real and present danger.
The International Community must also address the role of organized crime in the sale or barter of weapons capable of destroying critical infrastructure. States should be urged to collaborate in this area at both the international and regional levels through the sharing of information and best practices, coordinated policies and joint border controls.
The world must act to prevent terrorists from having access to financial support by terror sponsors. The borderless nature of the terrorist groups perpetrating the destruction of critical infrastructure requires the international community to control cyber technologies that violent groups use to recruit new adherents, finance their activities and coordinate terror attacks.
Mr. President,
Pope Francis has spoken on a number of occasions of our age as a time of war, namely, “a third world war that is being fought piecemeal, one in which we daily witness savage crimes, brutal massacres and senseless destruction,”[1] like the destruction of infrastructures critical to the existence of entire populations.
The International Community must come together as one to put an end to this “war fought piecemeal.” This unity is necessary if the International Community is going to achieve the shared objective of protecting critical infrastructure against terrorist attacks. This common goal will be achieved most quickly and effectively through an unselfish sharing of critical information and best practices, of resources and technologies among States, in particular with those States least capable of protecting their critical infrastructure and populations from terrorist attacks.
Thank you, Mr. President.
https://holyseemission.org/contents//statements/58a1f881df21d.php 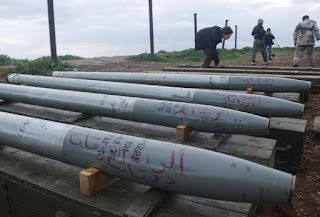